Half Price Books has lots of dedicated video game-buying customers, so we want to salute them with a stroll through some collectible games from ancient history (the 90s). The Buy Guy isn’t much of a video gamer—I must admit I’ve never actually played one. So I’ve recruited a resident gamer, Customer Care Specialist Jeremy, to offer some comments on some of the video game gems that have turned up recently in our stores. Put that controller down and help us out here, Jeremy!

—
OK, Buy Guy! Let’s start with a classic that is being offered by our Highland Park store in the Chicago area: Mega Man 4 (1991) 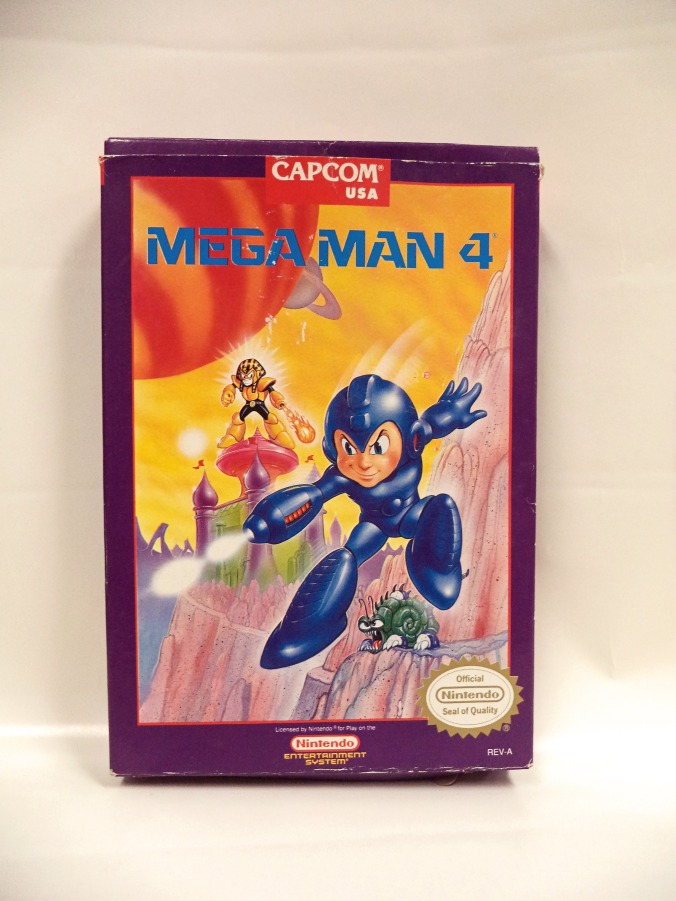 Despite being the fourth game in a long-standing series, Mega Man 4 features some notable firsts for fans to enjoy. It’s the first appearance of Mega Man’s Mega Buster, a new default weapon that can be charged for a more powerful blast. A new villain, Dr. Cossack, takes the place of the infamous Dr. Wily from the first three games in the series.

This was the first game to combine all of the favored mechanics from the original trilogy, like the ability to slide and summon your faithful companion, a robotic dog named Rush. And the game’s eight bosses were actually created by fans, thanks to a contest Capcom ran while the game was being developed.

Anybody remember this one? Our Florence, Kentucky store does, and they have one for sale: Zombies Ate My Neighbors (1993) 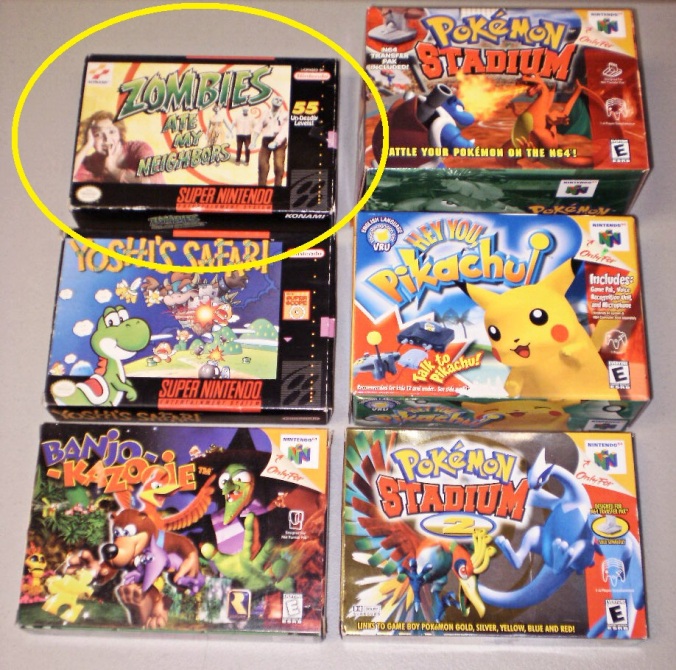 Zombies are everywhere these days, but that wasn’t the case when this game debuted in 1993. It’s one of the reasons Zombies Ate My Neighbors wasn’t a hit upon its release, though it’s now widely regarded as a cult classic.

Developed by George Lucas’ video game studio, LucasArts, this bright, tongue-in-cheek monster mash is a reflection of a simpler time for video games. You choose between one of two plucky teens – or play as both characters with a friend – and save your town from zombies, vampires, werewolves, blobs and other staples from classic monster movies, using both household items (silverware, popsicles) and not-so-household items (bazookas) to stop the rapid consumption of your neighbors.

Our Flagship store in Dallas offers a copy of one of the most revolutionary games of all time: Super Mario 64 (1996) 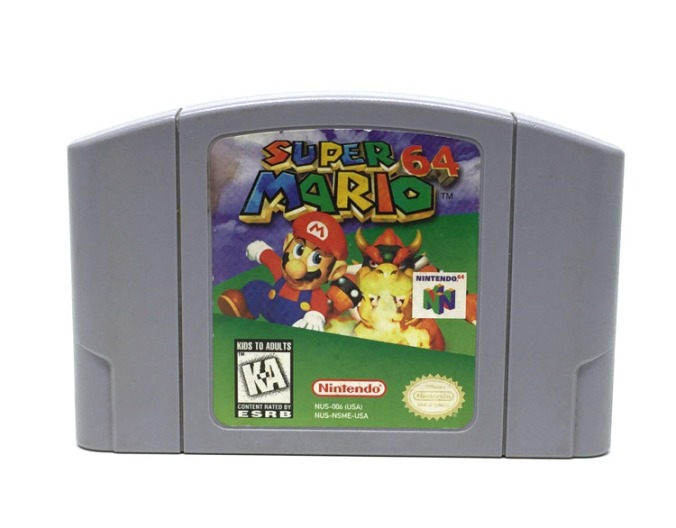 For many players, this game was their first experience controlling a character that moved through a three-dimensional environment. You can’t overstate how amazing that was back in the day. And it’s rare to have a game like this that was such a leap forward, yet holds up to this day.

While the basic formula for the Super Mario series (save Princess Peach from a big, bad turtle guy named Bowser) is still the same, players could explore and interact with the world in a number of ways that were revelatory in 1996. Super Mario 64 continues to delight fans of any age. An essential title for any video game fan’s library.

Our Florence store  has a number of Pokémon titles at the moment, but let’s start with where it all began: Pokémon Red & Pokémon Blue (1996) 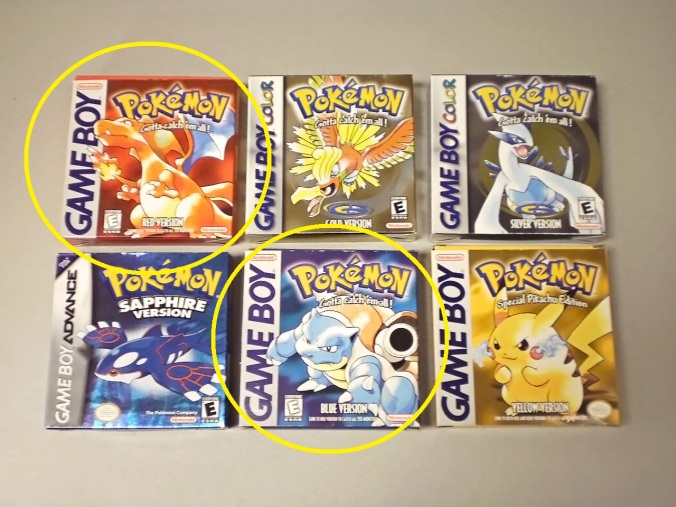 It’s hard to believe that the Pokémon series celebrated its twentieth anniversary earlier this year. Multiple generations of young gamers (and their desperate parents wondering when – oh when! – will their kids ever “catch ’em all!”?) grew up playing this venerable series.

While the series has changed over time, the basics are all here. You explore an open environment to catch various Pokémon, creatures you train to compete against each other in a tournament, all so you can become the champion of the Pokémon League. (Where the Pokémon Rights Activists are in all of this, I have no idea…)

Like their successors, Red and Blue are essentially the same game, with a slightly different collection of Pokémon. Players had to find a friend with the opposite color game and link them together to, well, “catch ’em all!”.

This collectible game is being offered by our Appleton, Wisconsin, store: Valkyrie Profile (1999) 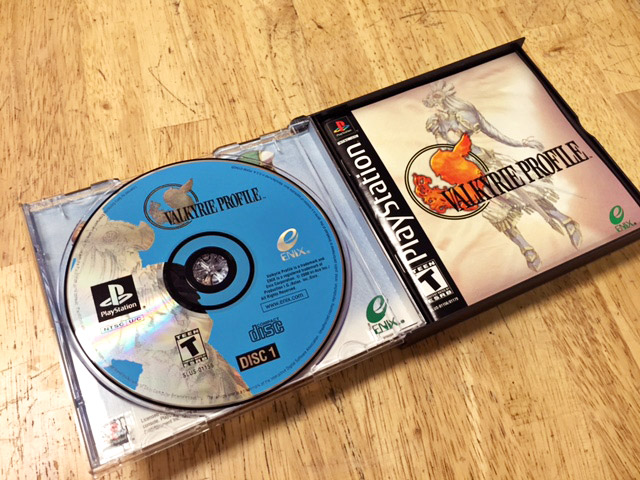 While Valkyrie Profile was a hit in Japan, it barely made a splash when it appeared stateside sixteen years ago. It’s a celebrated Japanese RPG in the style of Final Fantasy or Dragon Quest. While similar to those games, there are a number of things that set it apart from its contemporaries.

For starters, it’s heavily inspired by Norse Mythology. As the title suggests, you play as a Valkyrie collecting the souls of slain warriors, whom you train for a battle that will (in typical RPG fashion) decide the fate of the world. The game also features a number of innovative game mechanics that are complex but rewarding, multiple difficulty levels (a rare thing for a Japanese RPG) and a branching story with multiple endings.

This is an excellent RPG for fans of the genre that want something new and a little off the beaten path.

Thanks, Jeremy! Almost makes me want to drop my book and track some of these down. Gamers and collectors: If you’re interested in owning one of these games, contact me, The Buy Guy!

10 thoughts on “Video Games of Yore”