Editor’s Note: By now any serious movie buff has already seen the movie adaptation of Ready Player One, which hit theaters in March. At Half Price Books, we love movies too. But since we’re booklovin’ nerds at the core, we would like you encourage you to “READ THE MOVIE” – If you haven’t yet, pick up a copy of the book and discover all the action-packed stuff they couldn’t fit into the 2 hour and 20 minute film. While you’re at it, join the HPB Book Club as we re-read this genre-busting, Easter-egg-filled novel by Ernest Cline.

If you’ve already read the book and watched the flick, then keep reading here! This staff review is just for you! Let’s turn it over to Becky embracing her geekiness as she talks about Ernest Cline, Ready Player One and his more recently-released novel, Armada.

Personal disclaimer: I was an elementary and middle school aged kid during that golden decade we call the ’80s. This was a time when girls and boys played arcade games, watched a lot of cartoons and played with the same toys. We ate sugary cereal, wore Mork from Ork suspenders, feathered our hair and (seriously) were all considered really cool. 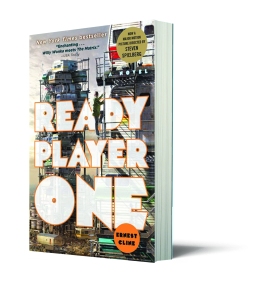 Which brings me to Ernest Cline.

I read his first bestseller, Ready Player One, when I heard all the buzz about Armada. It was everything I loved about mid-’80s cinema, games, music and culture, and I decided that if Ernie Cline is writing it, I am on board.

“The grown-up’s Harry Potter… the mystery and fantasy in this novel weaves itself in the most delightful way, and the details that make up Mr. Cline’s world are simply astounding. Ready Player One has it all.” — Huffington Post

Cline’s second novel, Armada, hopes to answer the age-old question, what if your video game obsession is training you to LITERALLY save the world? In the near-future, teenager Zack Lightman, a gaming aficionado who just wants to graduate high school, soon realizes that he and other elite gamers might hold the keys to saving the planet against alien forces.

“Nerd-gasmic… Armada is another science fiction tale with a Comic-Con’s worth of pop-culture shout-outs.” — Rolling Stone

Armada reads like every ’80s video game geek adventure movie, and that’s not entirely a bad thing. It lacks a bit of the “wow” factor after the ingenious. Ready Player One, but it is no less adventuresome. Cline truly is an encyclopedia of video-gaming culture, not to mention his reaches into the depths of ’80s kid’s cinema. Just like with RPO, you can practically see the movie playing while you read. He also strategically places a complete ready-for-mixtape playlist headlined by Queen’s “One Vision.”

The thirty and forty-year old set who hung out at arcades and rushed to theaters to watch any movie with “Star”, “War”,“Games” or “Fighter” in the title will feel whisked back into their local mall movie theater at the over-the-top action, righteous references to all-things-’80s once in again in Cline’s Armada. It’s a great read for teens (with some language warnings for parents) who are really into gaming and retro-culture and they will be screaming for the movie releases in the next couple of years. Expect a lot of fan art and fan fiction to evolve, because that’s what the kids do these days, and I wouldn’t be surprised to see some video game spin-offs as well. 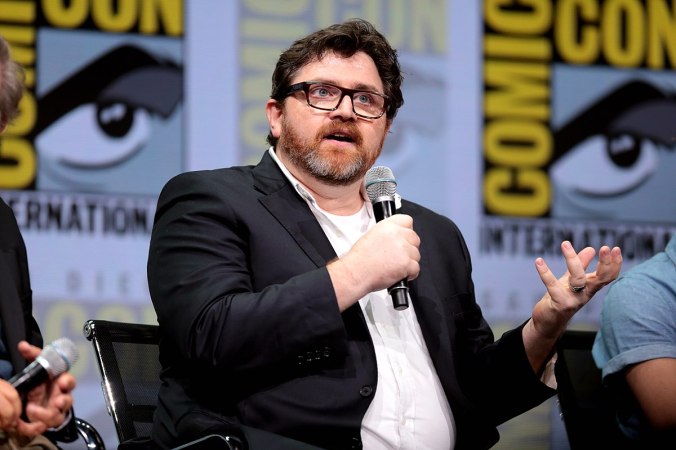 I imagine we’ll be hearing a lot more from Ernie Cline in the future. According to sources, there’s a yet-untitled Ready Player One sequel in the works and the acclaimed Steven Spielberg will direct it too.

Look for copies of Ready Player One and Armada at your favorite Half Price Books with our specially-priced brand new releases and hot bestsellers!

Becky is Marketing Communications Manager at Half Price Books Corporate. You can follow her on Twitter at @bexican75.