This year marks the 50th anniversary of the 1969 TV special Frosty the Snowman. It may not be as beloved as some other classic holiday shows, but Frosty (unlike its melt-prone title character) has proven its staying power. To celebrate, here are 50 facts, tidbits, observations and tangents about this animated TV classic.

END_OF_DOCUMENT_TOKEN_TO_BE_REPLACED

This July will mark the 50th anniversary of the Apollo 11 lunar landing, when a transfixed world watched American astronauts Neil Armstrong and Buzz Aldrin become the first people to walk on the moon—that we know of.

To celebrate, we’re offering up this brief and non-comprehensive round-up of some interesting pop culture bits and pieces related to that “giant leap for mankind.” END_OF_DOCUMENT_TOKEN_TO_BE_REPLACED

The landmark crime novel (or is it a family novel?) was a smash hit in its own right and spawned an even more acclaimed and influential movie series. It changed the way America thought about organized crime, birthed some memorable quotes and entered our consciousness like few other works of modern fiction. Here are 50 bullet points to celebrate 50 years of the Godfather phenomenon. 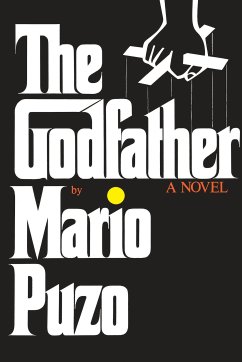 END_OF_DOCUMENT_TOKEN_TO_BE_REPLACED

This year our holiday theme at Half Price Books is “Make the Season Bright.” Those four words appear in one of the most ubiquitous and aptly-named Christmas songs ever written, “The Christmas Song.” You might know it better by its opening lyrics: “Chestnuts roasting on an open fire…”

Our line comes in the second section of the song: “Everybody knows a turkey and some mistletoe help to make the season bright.” We’d argue that books, music and movies also do the trick.

Here’s a closer look at the history of this holiday classic. END_OF_DOCUMENT_TOKEN_TO_BE_REPLACED

Independence Day is fast upon us, and if you’re like me, that means you’re planning what patriotic American music to play at your cookout or family gathering. I mean, I’m not literally doing a cookout, because I live in Texas and it’s a bazillion degrees out. But I do enjoy making a good themed playlist.

You could take the easy route and play any American music. (For that matter, you could take the super easy route and play literally any music, and no one at your cookout or indoor air conditioned food-eating event would bat an eye, but I’m writing an important blog post here, so don’t do that!) Sure, any American music would do, but this being HPB and all, let’s dig deeper in the crates and find some music that celebrates America, but perhaps not in the obvious flag-waving ways. END_OF_DOCUMENT_TOKEN_TO_BE_REPLACED

Biopics, movies that tell the story of a famous real-life person, are usually about larger-than-life figures: presidents, prime ministers, war heroes, athletes—people whose lives are full of drama. When it comes to making films about artists and creative types, musicians tend to be the easiest subjects; directors can always fill screen time with the music itself, recreating famous performances or recording sessions.

Writers may be the hardest. Imagine the action in the script: “The writer sits alone at her typewriter. She stares into space. She types some words, stares some more, then types more words. She breaks for lunch.” Fortunately for filmmakers, great writers are often tortured souls with tumultuous personal lives, and that’s what author biopics tend to focus on, for better or worse. The newest example of the genre is Mary Shelley, which opens May 25 and stars Elle Fanning as the Frankenstein author.

Here’s a short rundown of some notable biographical films about writers.

Capote
This 2005 film follows the eccentric writer Truman Capote, played by Philip Seymour Hoffman, as he researches and writes his best-known work, the pioneering true crime book In Cold Blood. After reading an article about the murder of a family of four in rural Kansas, Capote decides to write about it and heads to the heartland with his childhood pal and fellow writer Harper Lee, played here by Catherine Keener. Things turn messy when Capote gets emotionally attached to one of the killers, Perry Smith. He intervenes in the legal proceedings to delay Smith’s execution, partly motivated by the need to keep interviewing Smith to glean more info for his book. Hoffman won the Best Actor Oscar for his performance, and the movie also got nominations for Best Picture and Best Director (Bennett Miller). Roger Ebert wrote that Capote “focuses on the way a writer works on a story and the story works on him.”

END_OF_DOCUMENT_TOKEN_TO_BE_REPLACED

EDITOR’S NOTE: This year in our HPB calendar, we’re celebrating all things printed and recorded—and played, solved, watched, etc. In other words, all the cool stuff we buy and sell in our stores. For June, we’re hitting rewind to check out the history of home video.

TIMELINE
1950s & 1960s  Early videotape formats are used in broadcasting but are too expensive for consumers.
1975  Sony’s Betamax format debuts. Some early players included a 19-inch color monitor.
1976  The first VCR using VHS (Video Home System), the Victor HR-3300, debuts in Japan.
1977  RCA’s VBT200 becomes the first VHS-based VCR in the US.
1987  90% of VCRs sold in the US are based on the VHS format.
2006  A History of Violence is the last major film released on VHS.
2016  The last known manufacturer of VCRs ceases production.

Want to dive deeper? Check out these great products!

Video Revolutions: On The History Of A Medium, Michael Z. Newman

Yes, people, National Waiters & Waitresses Day is a real thing. NWWD (I just invented this abbreviation) is May 21, a day to eat out and tip generously as we pay a little extra attention to the hard-working, often underpaid folks who serve us in restaurants. To celebrate, we’re serving up a a six-course meal of waitstaff-centric books, movies and more.

DRINKS:
Cheers
One of the greatest TV comedies of all time, Cheers (1982–1993), focuses on the employees and patrons of a Boston bar. Here we encounter two common waitress tropes: Diane, played by Shelley Long, is highly educated and thinks waitressing is beneath her, but she takes the gig in a moment of desperation after being jilted by her fiancée. Then there’s Rhea Perlman’s Carla, the wisecracking, hardened “career” waitress who becomes Diane’s comic foil. The first couple of seasons are like a sitcom writing masterclass.

APPETIZER:
Sweetbitter
Waiting tables is a common job for college students or other young adults—a thing to do while waiting (sometimes in vain) to do something else. Stephanie Danler wrote Sweetbitter during grad school while she worked at NYC’s Union Square Café, and the novel takes an unflinching look at the glitzy but grueling world of an upscale Manhattan eatery. Based partly on the author’s real-life experiences, the book was a bestseller and literary sensation upon its 2016 publication. Danler told Vanity Fair: “I’ve seen so many women move to New York City, think that they’re going to get a temporary job in the restaurant industry, and then get sucked into that world.” Sweetbitter will also become a TV series on Starz!, premiering May 6.

END_OF_DOCUMENT_TOKEN_TO_BE_REPLACED

Arbor Day is April 27, so we’re going out on a limb to highlight a few of our favorite trees in literature, film and even music. There’s no shortage of choices, given that humans have coexisted with and been fascinated by trees—sometimes even worshiping them—for all of history.

The Radley oak tree in To Kill a Mockingbird by Harper Lee.
Trees loom large in Harper Lee’s beloved 1960 novel, so it’s no surprise that most editions of the book feature a tree on the cover. Trees, after all, are where mockingbirds hang out. And, as Atticus Finch tells us, “it’s a sin” to kill a mockingbird because all they do is make music for us to enjoy. Furthermore, a tree plays an important role in the plot, as the mysterious recluse Boo Radley uses the knothole of a neighborhood oak tree as a place to leave small gifts for the Finch children, Scout and Jem.

END_OF_DOCUMENT_TOKEN_TO_BE_REPLACED

This year in our HPB calendar, we’re celebrating all things printed and recorded—and played, solved, watched, etc. In other words, all the cool stuff we buy and sell in our stores.

For March, we’ve exercised our brain to bring you some fascinating info about puzzles.

The Jigsaw Puzzle: Piecing Together a History, Anne D. William

The History and Craft of Wooden Jigsaw Puzzles: From Historical Source Instructions to Modern Tools and Techniques, Carrie Franzwa

A Clue for The Puzzle Lady, Parnell Hall