We love story time picture books. And crafts. And the only thing we love more than storytime or crafts is a storytime craft. We’re also total suckers for anything involving animals. So in honor of Children’s Book Week, my daughters Jane and Rose (four and three years old respectively) and I decided to tackle some crafts inspired by a few of our favorite animal picture books. END_OF_DOCUMENT_TOKEN_TO_BE_REPLACED

In honor of Independent Bookstore Day, Half Price Books salutes the many great independent bookstores around the country (and around the world)! We are proud to be part of a field that involves noble entrepreneurs, clerks and advisors who provide knowledge and entertainment—by way of books—to so many. Independent bookstores remain strong as centers of their community, fonts of wisdom and refuges in the age of instant gratification. END_OF_DOCUMENT_TOKEN_TO_BE_REPLACED

Since March is Women’s History Month, we thought it would be a great time to check in with some of our fearless female leaders here at Half Price Books. They spoke with us about the women who’ve inspired them in literature, music and their personal lives.

Which woman has inspired you the most in your personal life? Kathy Doyle Thomas, HPB’s Executive Vice President and Chief Strategy Officer. END_OF_DOCUMENT_TOKEN_TO_BE_REPLACED

From medicine to the arts and all areas in between, African Americans have contributed to the distinct fabric of the United States of America. The culture’s significance has been nationally celebrated during the month of February since its inception in 1970, however, its impact on literature alone could easily span a complete calendar year.

Frederick Douglass overcame the decree that it be illegal for slaves to read, penning his best-known work, Narrative of the Life of Frederick Douglass, an American Slave. W.E.B. Dubois overcame segregated academia to become the first African American to earn a doctorate degree from Harvard and produce his acclaimed essay collection, The Souls of Black Folks. Zora Neale Hurston burst onto the scene of the Harlem Renaissance with the classic, Their Eyes Were Watching God. Nikki Giovanni amplified the frustration felt during the Civil Rights and Black Power movements with the eloquent prose of her collections, Black Judgement and Re:creation…and current African American authors continue to carry the torch, using literature as an expansive tool to express social commentary, celebrate shared experiences, grieve lives assaulted and lost due to ignorance and injustice and inspire new generations to continue to push forward with pride. 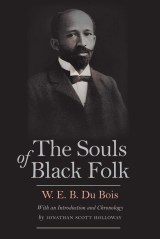 Below is a mere fraction of our favorite contemporary African-American authors, each of whom are doing their part in securing a place for people of color in the “Best of” literary lists for this era.

END_OF_DOCUMENT_TOKEN_TO_BE_REPLACED

Ah, love. Whether you’re hopelessly in it with your partner, showing it and sharing it with your friends or, you know, just waiting around for something to happen, we’ve got books for you! To be clear, we always have books for you, but Valentine’s Day is this month and we love (pun totally intended) a theme. Read on for our favorite couple (we’ll be here all night, folks) of books to suit your relationship status. END_OF_DOCUMENT_TOKEN_TO_BE_REPLACED